All projects with an information/ICT aspect carried out within the province of North Holland are part of the i-Portfolio. This i-Portfolio was recorded and maintained using multiple spreadsheets and various reports. Within the CIO office the need arose for supporting project portfolio management software. Thinking Portfolio was chosen following a thorough selection process.

In the first configuration, the i-Portfolio projects were recorded. Consider for example a project map with basic data, milestones, risks, issues, involved resources and dependencies with other projects. This made the many spreadsheets we used redundant. The employees of the province who work with Thinking Portfolio now have access to all types of reports. For example, project leaders record their monthly status reports in Thinking Portfolio.

During the first year, we also considered using Thinking Portfolio in the pre-project phase. For this purpose, the idea module was introduced at the beginning of 2020. In the ideas module we record the ideas and wishes (the funnel) collected by the information managers during their conversations with business managers. Next, the ideas and wishes are, step-by-step, further developed into a business case in Thinking Portfolio. Once the business case has been approved, an idea is converted into a new project at the push of a button. The relevant data recorded with the idea is copied to the new project. This way, Thinking Portfolio now offers us support for our working method… from the first idea phase to the completion of the project. 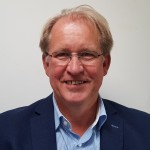